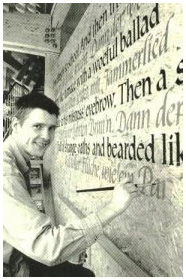 Pictures: Writing Shakespeares "All the world's a stage ..." on the outside walls of the Schwäbisch Hall "Globe Theater" in spring 2000. 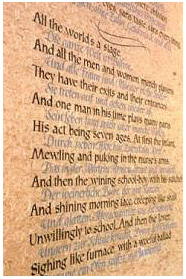 Calligraphy is a wonderful hobby. You will find more information about calligraphy and the use of the different kinds of pen nibs on the following pages (see ▪ FAQ). The worlds largest selection of antique dip pen nibs and other writing accessories can be found in the ▪ Kallipos Calligraphy Shop.